When it comes to detecting 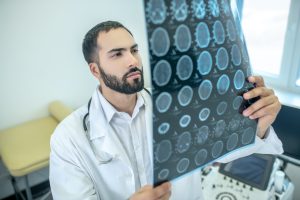 a condition like MS, or, multiple sclerosis, an MRI scan is usually the way to go. A new technique has emerged that has shown promising results for people hoping to detect diseases like MS even sooner. Here’s what you need to know about this exciting new technique and how an MRI can give your doctor the info they need to stop MS in its tracks.

What Is Multiple Sclerosis?

Multiple sclerosis is a difficult disease to live with as it makes everyday tasks incredibly difficult or even dangerous. By affecting your coordination which has been known to cause people with the disease to fall over quite frequently. While the disease itself does not typically lead to death, the loss of coordination increases your chances of sustaining a fatal or debilitating injury.

A new technique has emerged in the field of magnetic resonance imaging. This technique makes it possible to detect MS in the early stages of the disease before it has a chance to progress.

Researchers in Austria revealed that an MRI of neurochemicals can help detect the presence of MS much earlier than conventional methods. The study revealed that people with low levels of N-acetylaspartate and high levels of myo-inositol can indicate inflammation caused by the early stages of MS.

Multiple sclerosis can be serious which is why you should schedule an appointment with Precision MRI Group whenever you or your doctor has reason to believe that you could have MS. We have a fully-trained team of medical professionals armed with the latest technology standing by to help you.

Don’t wait for MS to progress, get in touch with Precision MRI Group and schedule an appointment!